I want to use social media features: I hereby agree to the placing of cookies by social media networks. I am aware that these networks can follow me and can use my internet behavior for other purposes.

VSF is a business unit of Van Hattum en Blankevoort and forms the infrastructure exponent within the VolkerWesselsgroup. VSF also has access to other disciplines within VolkerWessels for projects that require a cross-disciplinary approach. The combination with Homij, KWS Infra, Visser & Smit Hanab and Visser & Smit Bouw constitutes an optimal collaboration, particularly for industrial projects. 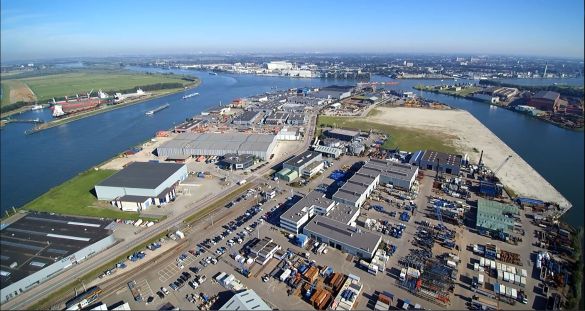 Since June 2018 we are located in Dordrecht, at the same yard of our technical department.

This location at the Donker Duyvisweg is shared with our sister company Volker Wessels Materieel & Logistiek, and has direct access to a large waterway. 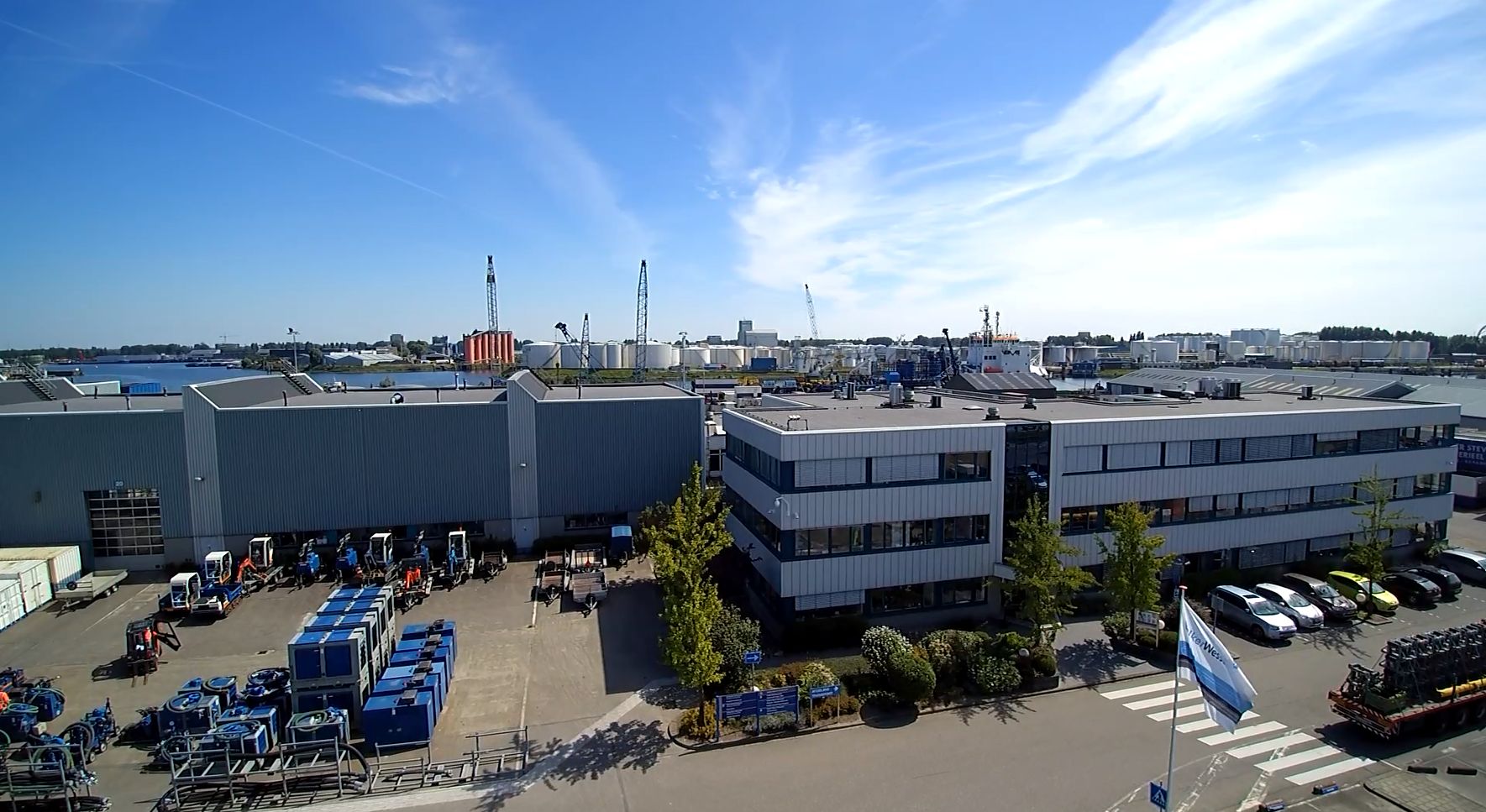 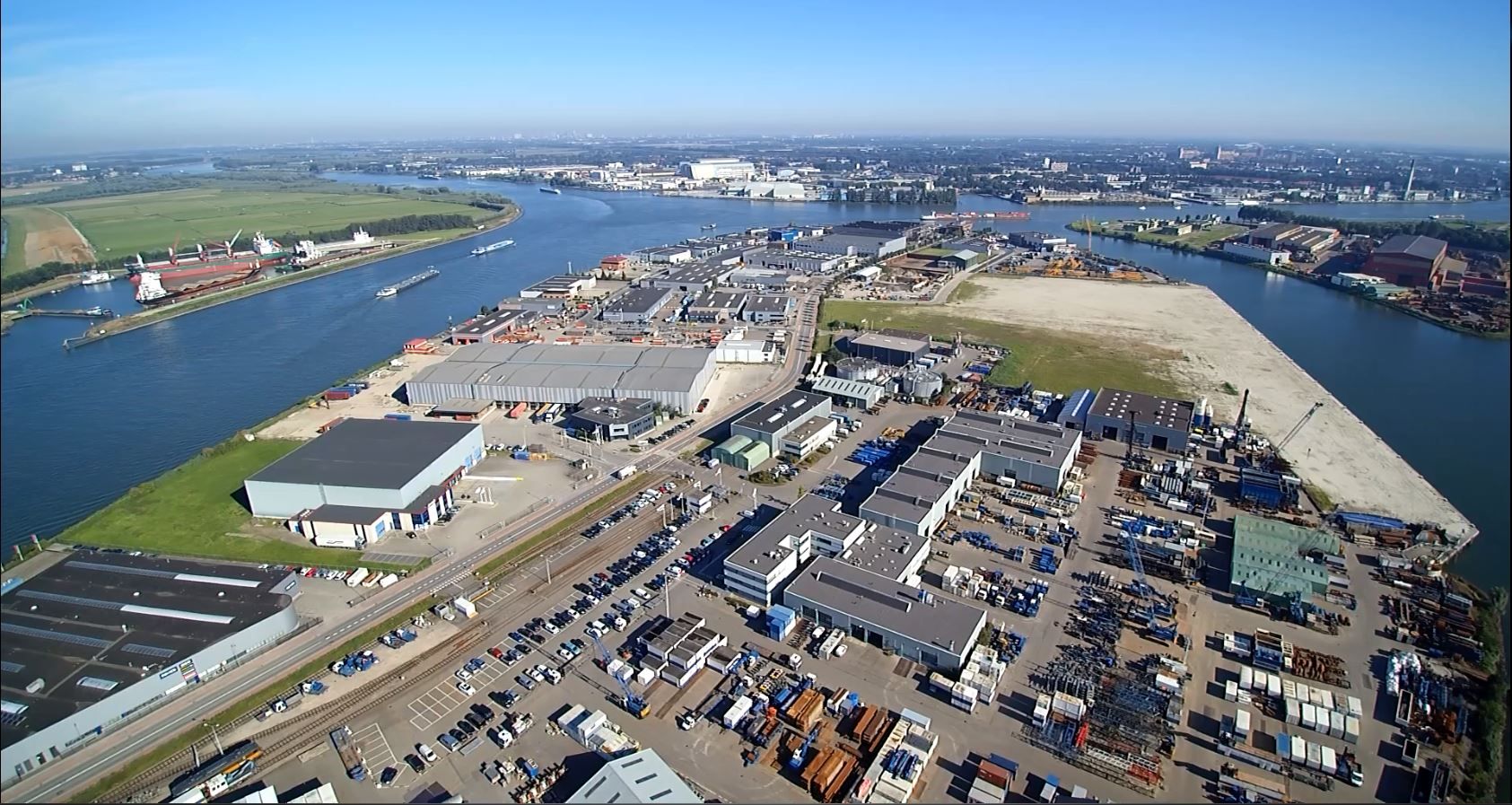 Volker Staal en Funderingen has a dual-track history. Visser & Smit was set up in Papendrecht in 1900. From the very beginning, this company focused mainly on utility companies. Following a merger with the Koninklijke Adriaan Volker Groep, the company also started installing high-voltage lines from the 1950s on, using its own pile-driving machinery. A dedicated department for earthworks and foundation technologies was set up in the 1960s, with the product and service range gradually expanding to include grouted ground anchors, bored piles, slurry walls, pneumatic sinking, soil injections and jet grouting. The other track runs past Fijnaart/Dintelmond. In January 1976 it was decided to combine the pile-driving departments in the Stevin Group within a single company: Van Splunder Heiwerken (VSH). This foundation company focused on heavy-duty pile-driving and civil engineering steel structures, both 'in the wet' and 'in the dry', using a wide variety of specialist techniques.
In 1978, the Stevin Group merged with the Koninklijke Adriaan Volker Groep nv, becoming Koninklijke Volker Stevin (Royal Volker Stevin) on 10 October 1978.

Following this merger, Visser & Smit Bouw was split up into Visser & Smit Hanab, specialist in cables and pipes, and Visser & Smit Bouw, specialist in industrial construction. From that moment on, Grond- en Funderingstechnieken (G&F) became a department of Visser & Smit Bouw.
In mid-1986, VSH took over de steel department of Van Splunder's contracting company in Ridderkerk, and the name was changed to: Van Splunder Funderingstechniek (VSF). From then on, VSF developed as a steel contractor specialising in harbour-related structures and bridges.
Finally, in 1997, the company merged with another major Dutch construction company: Kondor Wessels Groep N.V. As of 6 June 1997, the group of companies is called name of Koninklijke Volker Wessels Stevin nv, or, in abridged form: VolkerWessels.

On January 1st, 2007, the foundation companies within VolkerWessels, that is Van Splunder Funderingstechniek bv in Rotterdam and Visser & Smit Bouw bv's department of Grond- en Funderingstechnieken in Papendrecht, were combined into a new company:

As from June 2018 Volker Staal en Funderingen is situated at the Donker Duyvisweg 75, Dordrecht.

July 1st, 2021 VSF's legal situation has changed and from that date we are officially a business unit of Van Hattum en Blankevoort. With this amalgamation  a better coöperation is aimed for future joint projects.