I want to use social media features: I hereby agree to the placing of cookies by social media networks. I am aware that these networks can follow me and can use my internet behavior for other purposes.

RI is short for Rüttelinjektionspfähle, which are a special kind of the more common MV piles but are not driven but vibrated. An RI pile is an H-section beam with a bulge welded at the bottom where the injection lance ends through which grout is pumped while the piles are vibrated into the soil. Over time, the grout hardens and provides adhesion to the soil around it but during installation it serves as a friction reducer,

These piles are used for such applications as tensile piles in construction pits, but because of their shape they are also capable of absorbing sufficient compressive forces during use. Because of the relatively high shaft friction, the pile can also be used as bearing pile from ground level. This type of pile is particularly used in Germany. In the Netherlands, the piles were used for the first time as foundation elements for anchoring under the underwater concrete floor of the building pit for the new RAI subway station in Amsterdam, as an alternative to previously planned vibro combi piles. The typical noise and vibrations these combi piles produce during installation would have been an unwanted effect next to the RAI conference centre, which was constantly in use during construction of the station. Post-finishing by divers is not necessary because of the advance assembly of the anchors for the underwater concrete. 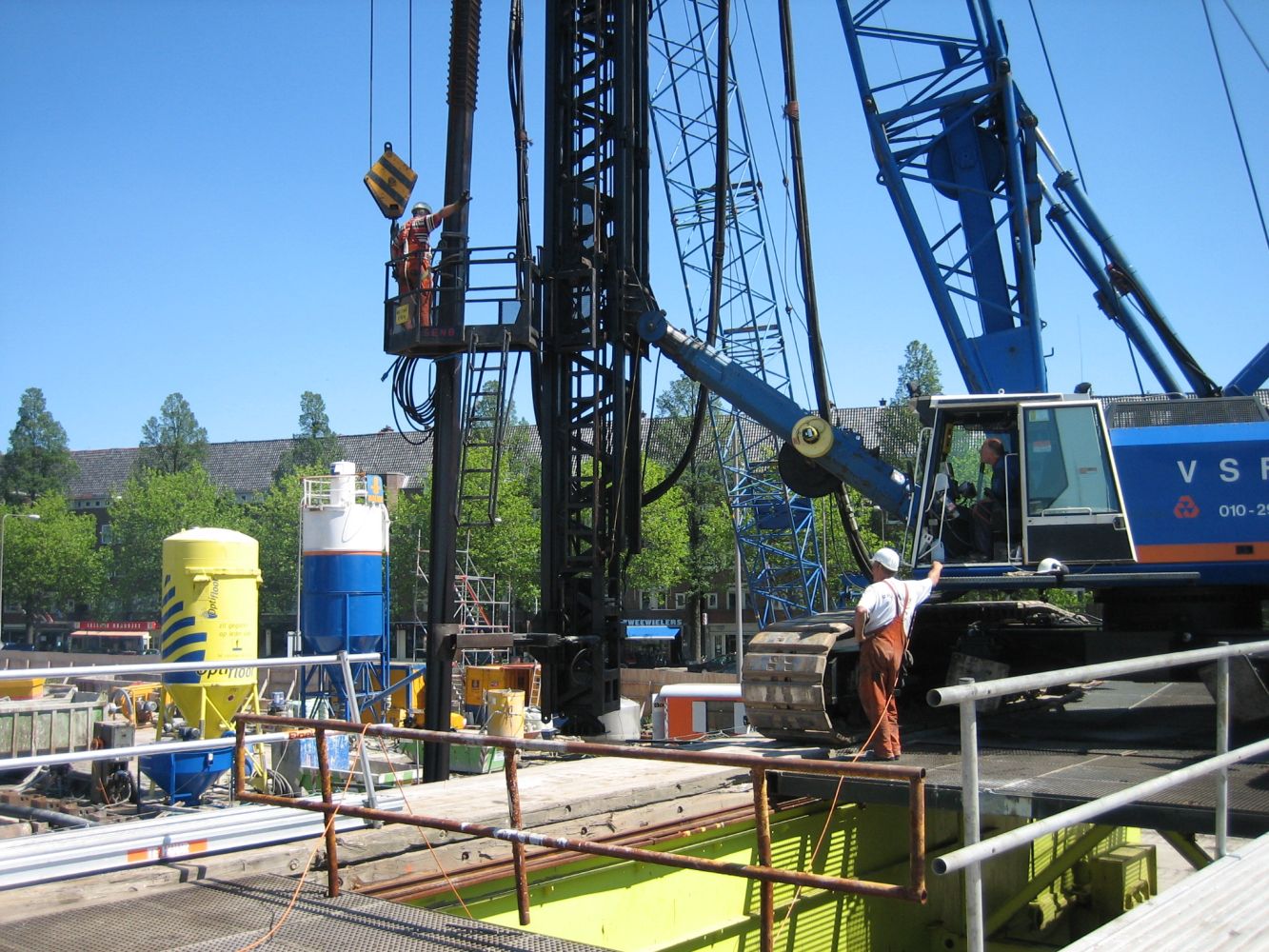 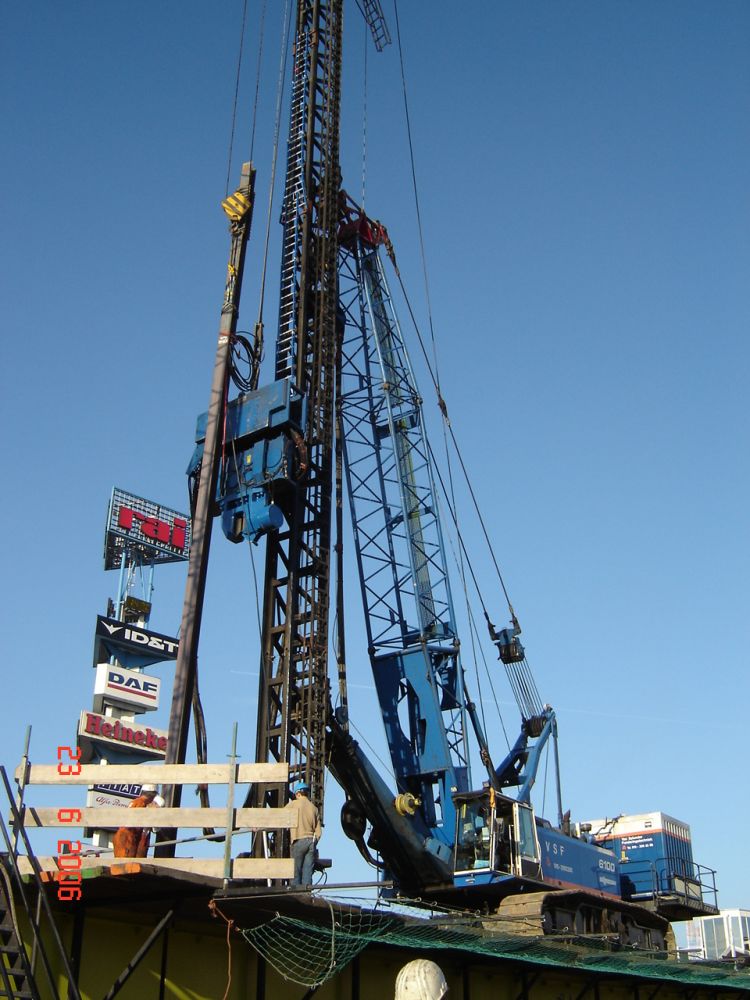 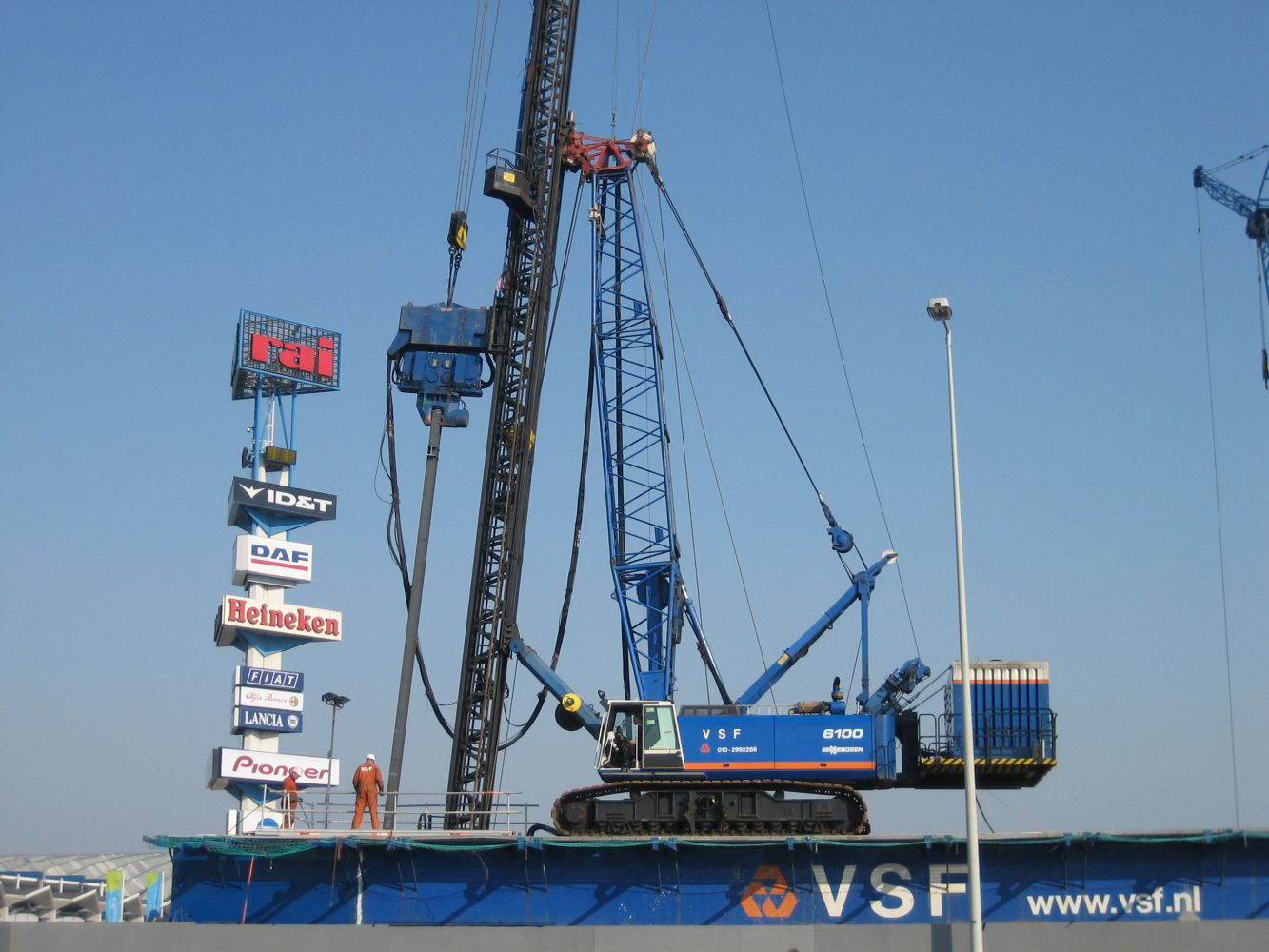